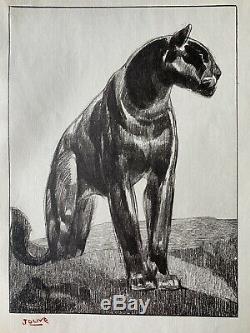 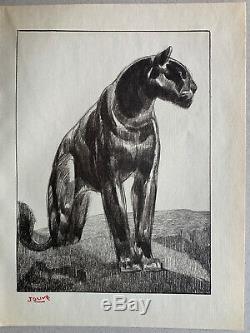 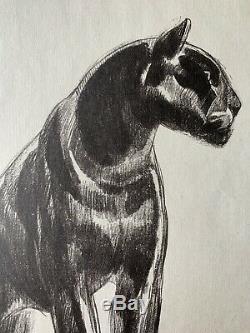 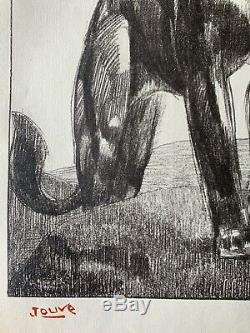 Paul jouve, born March 16, 1878 at marlotte (Seine-et-Marne) and died in Paris May 13, 1973, was a French painter and sculptor, member of the Academy of Fine Arts. He is the son of the painter and photographer jouve august. His vocation to animal painter awakens during his frequent walks in the garden of plants of paris, while still a student at the School of Decorative Arts and the National Museum of Natural History of Paris. It exhibits the paintings of French artists living in 1893.

In 1904, he joined Hamburg and Antwerp, attracted by their great zoos. It is one of the first employees of the magazine at the trough. First winners of Abd-el-tif, Paul and his friend jouve leon Cauvy are residents of the Villa Abd-el-tif in 1907. He married the daughter of Algiers in black maxim orientalist painter.

It is one of the first painters to visit the Hoggar. Considered among one of the best French animal painter, he illustrated, between 1906 and 1914, the Jungle Book rudyard Kipling.

Paul jouve participates in universal exhibitions of 1900, 1925 and 1937 in Paris, he received a gold medal for each of its companies. He also received the gold medal for his participation in the International Colonial Exposition of 1931 in Paris, and this is one of his works, which illustrates the cover of Gold exhibition book. Prolific artist, with his friends from the animal group, Jacques Nam, Edouard-Marcel Sandoz, august Tremont, and Gaston Swiss paul jouve takes part in numerous exhibitions in France and abroad.